Ada Lovelace Gin
Steeped in the tradition of Ada’s England, this gin honors the botanical bill of a London dry.
Created with a dry martini in mind, incorporating both Old and New World botanicals
and distillation techniques to produce a uniquely Californian gin. 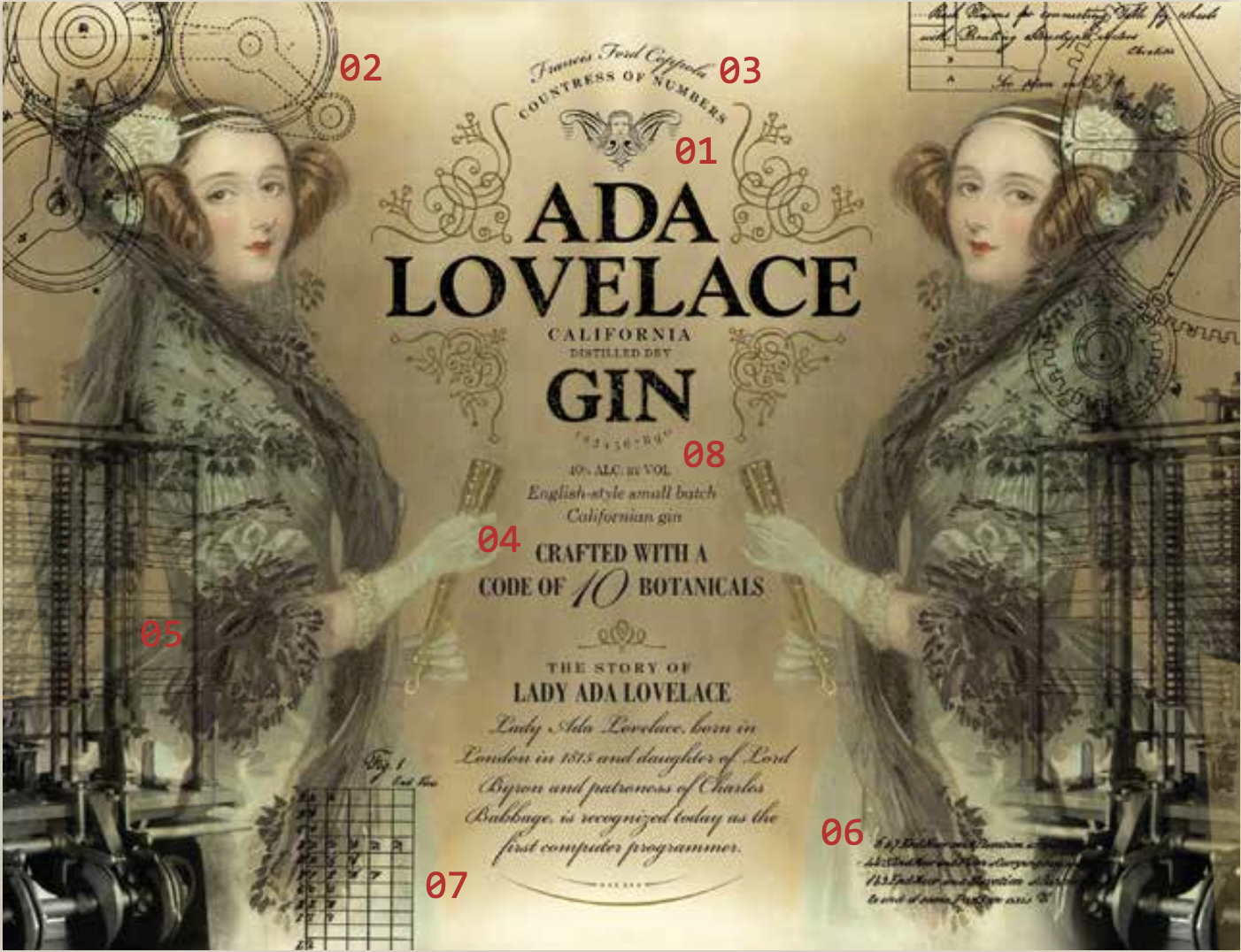 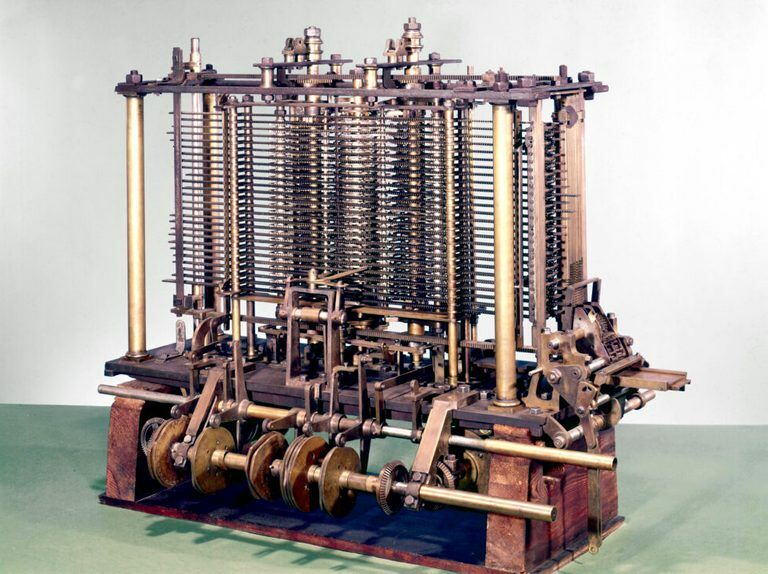 01.  Ada Lovelace (1815-1852) met the inventor and polymath Charles Babbage (1791-1871) in 1833 and almost immediately began a close collaboration working with him the design for his Analytical Engine, the progenitor of our modern, general-purpose computer. Lovelace augmented an 1843 paper about the Engine’s operations that included her code to tabulate Bernoulli numbers--an infinite sequence of rational numbers used in number theory–-now considered to be the first algorithm tailored for mechanical computation. Additionally, she speculated that the Engine’s functions might be applied to entities other than just numbers given the right input, a concept that had never occurred to Babbage.

02. A detail of a sketch that describes the component parts of the Analytical Engine, which only ever existed as a model because Babbage was unable to secure the necessary funding for its full-scale construction. If the Engine had been built, it would have stood about 15 feet high with a length of around 25 feet, approximately the size of a small locomotive.

03.  Babbage wrote a letter to Michael Faraday, dated September 9, 1843, about Lovelace’s brilliant mind, referring to her as “an enchantress who has thrown her magical spell over the most abstract of sciences.” In a play on words, which takes into account her aristocratic peerage, we have dubbed her the “Countress of Numbers.”

04.  Ada Lovelace Gin is crafted with a “Code of 10 Botanicals,” some of which are sourced from the Coppola Family Estate in Rutherford–-in the heart of Napa Valley—as well as from the Coppolas’ ancestral home in southern Italy. The gin is proofed with water furnished by two age-old springs located on the Coppola's family estate.

05.  On either side of the label are drawings of Babbage’s Analytical Engine, the potential of which Lovelace applauded as “a new, a vast, and a powerful language…for the future use of analysis.” A model of the Analytical Engine is in the collection of The Science Museum in London.

06.  This is a quote from one of the many letters exchanged on a nearly daily basis between Lovelace and Babbage in sharing their thoughts regarding the Engine’s design and function.

07.  The Code which is recognised as the first algorithm intended to be carried out by a machine.

08.  This “English-style, small batch Californian gin” is crafted by Great Women Spirits to celebrate Ada Lovelace, acknowledged as the first person to write a computer program––before a computer even existed.